Use your voice to tell these key leaders to ban fracking

RIGHT NOW, the Territory government is deciding on whether to allow gas companies to frack up groundwater and country, or ban the practice for good.

These decision makers have a choice to make, will they choose to put a permanent ban on fracking to protect the future of the Territory, or cave to the bullies in the gas lobby?

You can stand in solidarity with Aboriginal communities and Territorians by calling and sending messages to the possible champions below and encouraging them to make the right decision.

Here are some tips of what to say whether on a phone call or through commenting on their social media/tweeting at them:

Key issues are listed for each decision maker, so that you can explain how fracking is relevant to their area of concern.

The Hon Nicole Manison
Minister for Children; Minister for Infrastructure, Planning and Logistics; Treasurer
📞 08 8936 5547
Key issues: Lack of an economic case for fracking - miniscule jobs and returns to the Territory.
Facebook - Twitter @NicoleManison

Minister for Primary Industry and Resources Ken Vowles
Minister for Arafura Games
📞 08 8936 5680
Key issues: Only Aboriginal minister, stand up for our mob;threats to agriculture and tourism from fracking.
Facebook - Twitter @kenvowles - Instagram @k.vowles 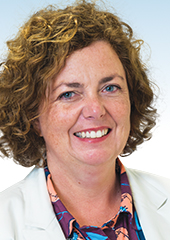