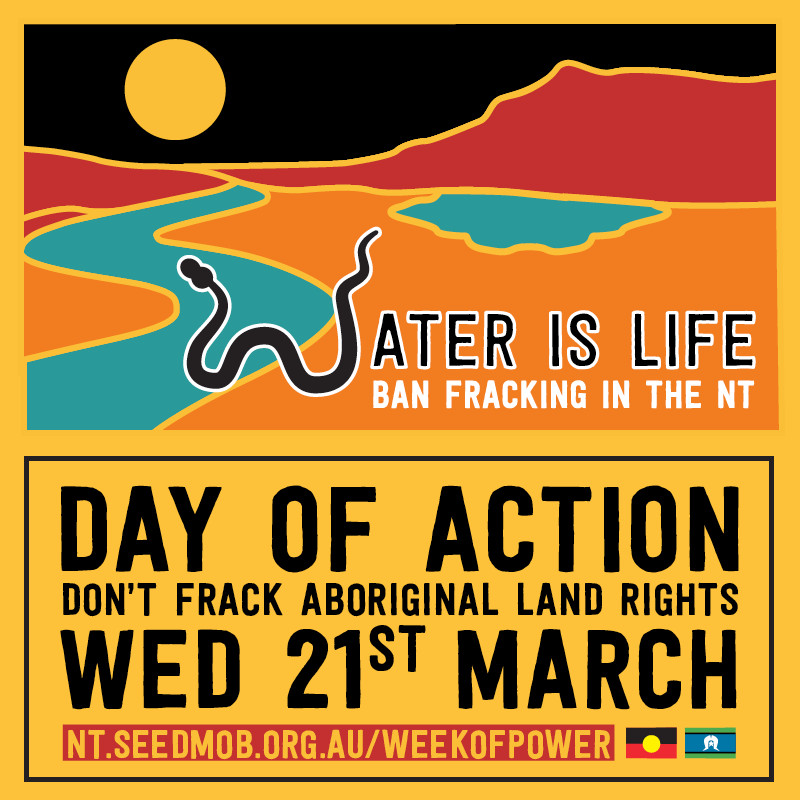 Posted by Amy Gordon on

The people of the Northern Territory urgently need our help to protect country and water from dangerous gas field fracking.

Right now, the Territory government is deciding whether to allow gas companies to frack up groundwater and country endangering precious and sacred water systems, or to ban the practice for good.

Together, we can show them that the whole country is watching, and that we all stand in solidarity with NT mob who don't want this on their land and who want to stop the dangerous climate impacts from shale fracking impacting their future. Next Wednesday 21st March, Seed Indigenous Youth Climate Network are hosting a Day of Action, with snap rallies in major cities around the country.

Join us at the Adelaide snap rally to stand in solidarity with Seed to ensure the NT government bans fracking for good!

WHAT: Snap rally to put national pressure on NT chief minister Michael Gunner to ban fracking in the Northern Territory

WHERE: Meet at Hindmarsh Square and then walk down Rundle Mall together to Elder Park.

WHO: Everyone who cares about land rights in this country and wants to see the NT protected from dangerous fracking.

WEAR: A black shirt so we look like a group and everyone can easily find us.